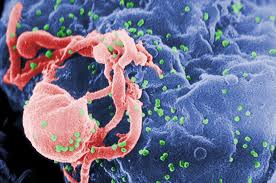 Our immune system is designed to primarily protect us, and over thousands of years of evolution, they have developed to be a dynamic and adaptive system capable of containing any infection or/and its agent(s).  However, they can become real nuisance or deadly concern whenever they overdo their work due to overzealousness or failure of the control mechanisms. So much has these occurrences become an issue that a branch of medicine has emerged to study and proffer solutions to them under clinical pathology. These defects are called immune disorder.

The immune system can be subdivided into cell-mediated immunity and antibody-mediated immunity. Of course, as the names imply, the former consists of vast arrays of immune cells like the phagocytes (macrophages and neutrophils), T-lymphocytes and B-lymphocytes, while the latter chiefly involves the antibodies or the immunoglobulins.

Also, we have the innate – general or non-specific – immunity and adaptive – specific – immunity. Innate immunity refers to inherent or in-born defences against infection, they are like the first line of defence against coming infection and their mode of defence is usually general in nature. Examples include the skin, the stomach acidity, the mucociliary escalator of the respiratory system and the flushing action of urine and tears. In fact, I’ve read somewhere that the normal microflora of the body can even be considered as an innate defence.

The adaptive immunity is quite the opposite: they are highly specific against a wide range of microorganisms and they have immunological ‘memory’, that is, they can remember the offender (infectious agent) that causes the last crime (infection). They consist mainly of the T-lymphocytes or T cells and the B-lymphocytes or B cells. The T cells mediate the cell-mediated immunity, while the B cells mediate the antibody-mediated immunity or popularly called humoural immunity.

These vast arrays of immune components all help in protecting the body against external and internal antigens like viruses, bacteria and tumour cells. However, trouble comes when they are too over-enthusiastic in carrying out there functions. In fact, some diseases are caused largely by the immune system in response to ‘superficial’ infections which would have resolved on their own without much ado.

Notable diseases associated with this state of immunological disorders are tuberculosis and hypersensitivity reactions. In tuberculosis, the engulfment of the causative agent Mycobacterium tuberculosis by macrophages and degrading it basically ought to control the infection. However, the microbe is smarter than allowing that to happen, secreting substances like sulpholipids in its cell envelope which inhibit the phagosome-lysosomal fusion, thus allowing intracellular survival of the organism. Even if fusion occurs, the waxy nature of the cell envelope of the microbe reduces the killing effect.

What’s more, the microorganism starts multiplying within the macrophage.

But the immune system, especially the macrophages, are having none of that, mobilising themselves in large numbers in order to contain the infected macrophage(s). This leads to the formation of granulomas, a collection of macrophages, which prevents dissemination of the mycobacterium to other cells.

Most of the time, this situation induces the bacterium to go dormant within the granuloma, leading to a form of latent infection and development of abnormal cell death called necrosis. This may eventually lead to the release of the organism to cause infection again propelling further action from the immune system and causing extended damages.

All these reactions are mediated by different components of the immune system and they follow three basically steps: (i) the first exposure to the antigen sensitizes lymphocytes (ii) subsequent exposures elicit a damaging reaction and (iii) the response is specific to a particular antigen.  For instance, in type II reaction, antibodies are produced against self-antigen or foreign antigens which can cross-react with self component of tissues.

In this case, the antibodies may cause opsonization, leading to antibody-dependent cellular cytotoxicity (ADCC); activate the complement system, another devastating immunological response if uncontrolled; recruit neutrophils and macrophages to cause further damage; or hinder the functions of normal cellular receptors.

These autoimmune reactions lead to diseases like systemic lupus erythematosus, rheumatoid arthritis, autoimmune haemolytic anaemia, insulin-dependent and –independent diabetes mellitus. The development of autoimmune conditions is due to the failure of tolerance toward the self components of the body by reactive immune components. Environmental and hormonal factors may also contribute to this, as well as infections which may modify self antigens and make them liable to attacks from the immune system.

Curing and preventing autoimmune responses is a not a staright-forward thing; it entails taking different paths to eventually reach the stage at which the reactions would be reduced or stopped. However, all efforts are always directed toward altering the function of the T cells, especially the T helper lymphocytes, whose main function is to ‘license’ other immune components to carry out their functions. This can be achieve by inhibiting their proliferation (using cyclosporine); inhibiting their functions (using corticosteroids); or simply killing the cells (using cyclophosphamide).