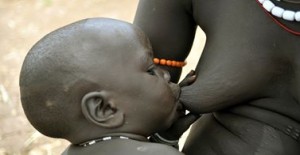 Mammalian species produce breast milk which is suited to the specific nutritional needs of their youngsters. The chemical nature of various milks has been well studied in the last two hundred years. Recent immunologic studies have revealed some fascinating information which shows that breast milk boosts the host defenses of the neonate.

Up to the turn of this century, infants were exclusively breast fed, since it was considered not only the best but the safest food for them. Despite the universal practice of breast feeding, very little information is available about the advantages of breast feeding in the medical writings of the eighteenth and nineteenth centuries, except the mention of high mortality associated with “dry nursing” of infants. In fact, much effort was wasted by the medical practitioners of the day in establishing criteria for the selection of wet nurses on the basis of their hair color and temperament.

Artificial feeding of infants was looked upon with horror because of the attendant mortality, as high as 85-99% in foundling homes of Paris and Dublin in the late eighteenth century. Similar trends in mortality in artificially fed infants persisted throughout the nineteenth century in the, overcrowded cities of the U.S. and Europe, leading Holt (c. 1855-1924) to remark:

“In my practice, it is exceedingly rare to find a healthy child who has been reared in a tenement house and who has been artificially fed from birth.”

Much of this mortality, associated with cow’s milk, of course, resulted from bacterial contamination, a problem which was resolved only after pasteurization was instituted-and Chicago was the first city in the world to require it, in 1908. However, not all the reduction in morbidity and mortality in neonates can be attributed to improved sanitation, health care, and affluence. Careful analysis of several old studies from Europe and U.S., and some recent ones from developing countries, comparing mortality and morbidity of bottle fed and breast fed infants, showed significant protection from respiratory and intestinal infections in breast fed infants. Indeed, this information has considerable significance for the developing world.

As mentioned earlier, work by Ehrlich and Moro provided some information about the contribution of breast milk to the neonatal immune response. Recent improvements in immunology coupled with advances in technology, have seen a remarkable understanding of the functional qualities of breast milk.

The infant at birth has only one type of immunoglobulin, IgG, acquired transplacentally. Analysis of breast milk proteins shows that they contain a high level of IgA and some IgM and IgG-immunoglobulins which do not cross the placenta. There is little correlation between serum and milk antibodies in several other areas. Quantitative differences exist between the antibody titres to the same antigens at the two sites. Qualitatively, different classes of antibodies appear in the breast milk and serum following challenge with the same pathogen, e.g. antibody to poliovirus in the serum resides in the IgG class primarily, whereas in the colostrum it is in the IgA class. The third difference is within the IgA class itself. In breast milk 80% IgA is of the dimeric secretory type and only 20% resembles the monomeric serum IgA.

The immunoglobulin characteristics of breast milk, therefore, resemble those of the mucosal sites in the intestinal and respiratory tract. High titres of antibody are present in the colostrum which drops sharply over the next few days. There is no information to suggest that milk immunoglobulins are absorbed in sufficient quantities to contribute to the serum immunoglobulins of the newborn. However, secretory IgA can bind microorganisms and prevent their penetration of the intestinal mucosa. IgA can also lyse certain enteric bacteria in the presence of complement and lysozyme. In addition to the specific antibodies, breast milk also contains nonspecific humoral factors such as lysozyme, lactoferrin and lactoperoxidase.

Colostrum and breast milk contain I-2×106 leukocytes/ml. Macrophages make up 90% of these white cells; they form the primary line of defense against many pathogens. The other 10% of colostral cells are small lymphocytes with about equal proportions of B and T cells. The function of these lymphocytes is not precisely known, though an interesting relationship has been observed between the colostral B cells and antibodies, and the mucosal immune system. Recent work has demonstrated the existence of an immunologic broncho-mammary and entero-mammary axis, as evidenced by the following observations. First, a majority of B cells in colostrum differentiate into IgA secreting plasma cells just like the B cells at mucosal sites. Secondly, most of the antibodies secreted by breast milk are directed against enteric and respiratory pathogens. Indeed, experimental studies show that highest titres of antibodies develop in the breast milk following immunization by the oral and intratracheal routes rather than by the parenteral route.

According to Mabel Charles-Davies, a professor of Neonate Immunology at the University of Ibadan, breast milk also contains, in addition to the antibodies mentioned above, essential nutrients which are needed for the growth of the baby, and the development of its immune system. This statement was corroborated by John Anetor, a professor of Chemical Pathology and an expert in the field of nutrient-based immunity at the same University. According to Anetor, since the baby is usually being exclusively breast-fed for the first few months of delivery, the development of its immune system is fully dependent on the availability of nutrients from its mother’s breast milk.

It is evident then, that in the course of evolution each mammal has developed special characteristics in the milk which fulfill not only the nutritional needs but also provide other biologic advantages for its nursing newborn.