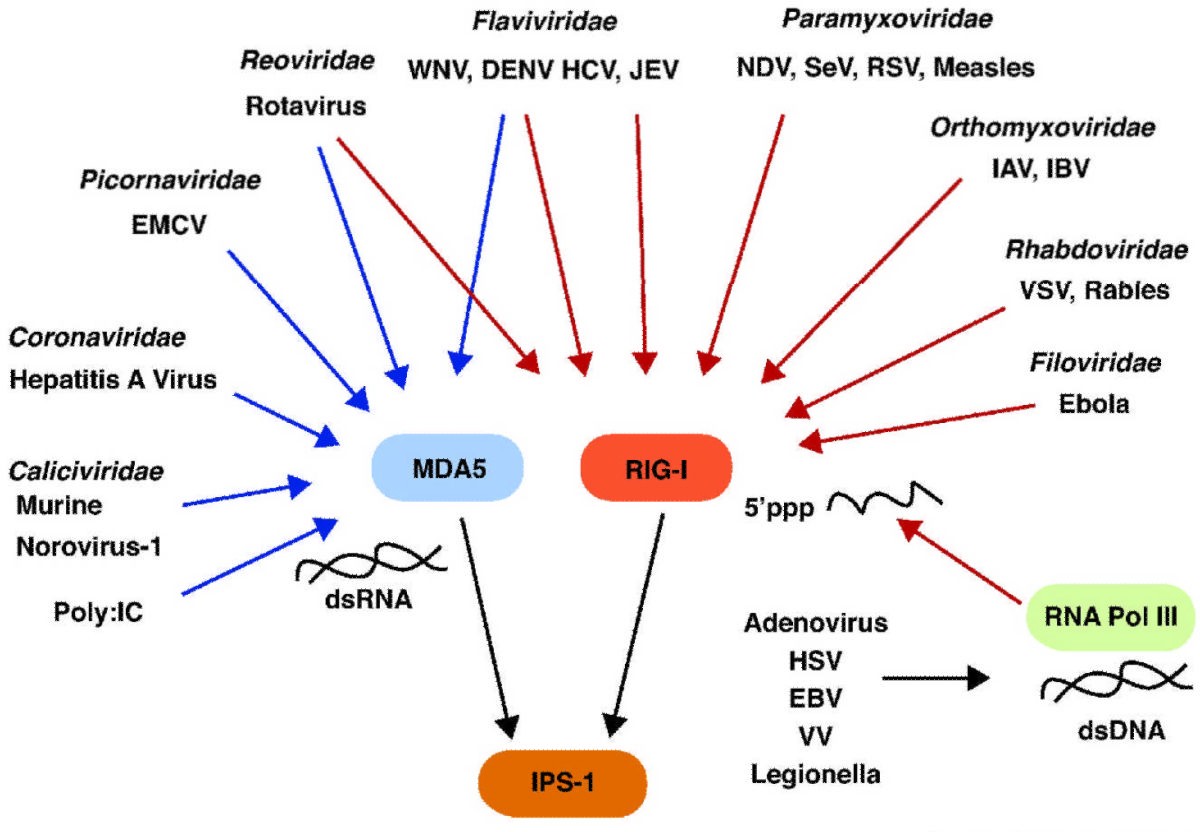 Source: RIG-I Like Receptors and Their Signaling Crosstalk in the Regulation of Antiviral Immunity Image. Ramos and Gale, 2011

RIG-I like receptors (RLRs), which compreise RIG-1 and MDA-5, recognize different viruses, as shown in the figure above. Viral nucleic acids and synthetic ligands are also recognised by these two receptors. For instance, RIG-1 receptors recognise 5-triphosphate-containing RNA plus uridine (5’ppp RNA), while MDA-5 can recognise long, double-stranded RNA which are unusual in cells. Furthermore, potential models and mechanisms have been developed for the actions of these receptors.

Activation of the receptors is the first stage of this model. According to Ireton and Gale in their report in 2011, “RIG-I is present in the cell at a low level, but does not signal in the absence of RNA ligand and is held in a signalling-off conformation through intramolecular interactions of its repressor domain and CARDs. Binding to high-affinity RNA ligand, such as 5?ppp RNA activates it, which subsequently lead to activation of interferon promoter stimulator 1 (IPS-1)”. This stage is closely or simultaneously followed by the signalling stage where the activation of RIG-I or MDA5 leads to interaction with the downstream adaptor IPS-1 via CARD-CARD interactions.

The above stage is followed by the amplification stage where the innate immune signaling occurs in neighboring cells during virus infection aided by the increased levels of the RLRs and RNA metabolites produced due to IFN signaling.This creates an antiviral state across the tissue, making uninfected cells resistant to viral invasion and infection. The last stage is the surveillance stage where RIG-1 and MD-5 receptors actively participate in scrutinising all RNA molecules within the cell in order to detect unusual ones. A single RIG-I molecule or molecular unit can repeatedly move across an RNA molecule without dissociating from it.

These stages do not however follow the chronological order depicted above. Sometimes, they act simultaneously or in orders which the course of the particular infection takes. Nevertheless, the different stages inevitably lead to the resolve of the infection and/or create a first line of defense against any invading virus. In effect, the activities of these receptors significantly limit a wide range of viruses and viral infections such as shown in Figure 1 above. RLRs have been found to induce innate immune responses, interferon production and signaling, and ultimately interferon-stimulated genes.

However, despite the effectiveness of the RLRs in limiting viral infections, viruses have predictably found different ways and means of evading, countering and antagonizing the various steps and components of this unique version of our immune system as shown in the figure below. While this is not surprising, it has however led to difficulty in infections that would have hitherto been resolved by the body. It has also led to the proliferation of the adapted and mutated viruses leading to increased non-resolve of infections. 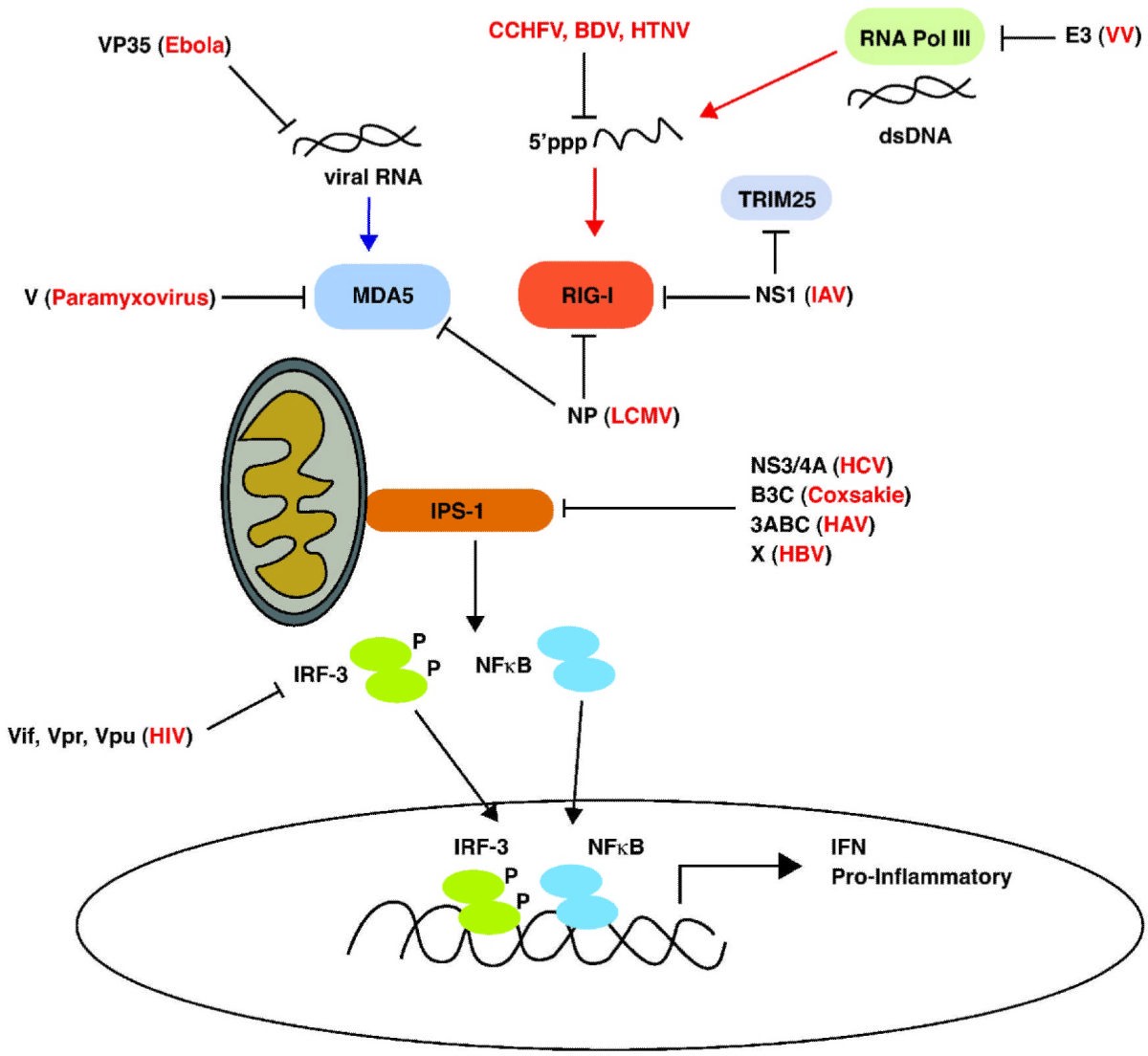 Source: RIG-I Like Receptors and Their Signaling Crosstalk in the Regulation of Antiviral Immunity. Ramos and Gale (2011).

This situation has prompted the attempts by researchers to investigate the potential significant therapeutic application of RLRs in limiting viral infection. And many of these therapeutic interventions are focused on elimination of viral evasion/inhibition mechanisms, or increasing the number of RLRs or their associated activities.