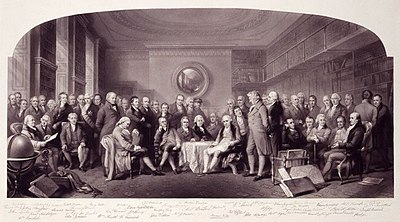 What Is My Science Worth?

Hello ladies and gentlemen. Are you a scientist? If yes, then what is the worth of your science?

The above question becomes crucial as MicroBiotics introduces a novel initiative of bringing the many fields of science and their scientists closer to the Society, for the ultimate development of the Society.

It is a platform that intends to give the public the importance of Science by providing diverse benefits, applications and implications from different fields and disciplines of science, especially from the perspective of individual scientists.

But first, there is need to consider what Science itself is all about and who a Scientist really is.

Science has been described as “a systematic activity that builds and organises knowledge in the form of testable explanations and predictions about life”. It has also been called “a body of knowledge that can be rationally explained and reliably applied”. The word “Science” was derived from the Latin word “Scientia” which means knowledge.

So, if we considered this write-up about Science from Wikipedia, and the numerous fields and disciplines that are categorised under Science there and listed here we may conclude that 80-90% of all or most learned individuals are scientists.

Earlier scientists blurred the line between the science we practised nowadays, its various fields and other disciplines by integrating all their acquired knowledge and derived facts together. Those men and women scientists of yesteryears were priests, ardent observers, artists, astronomers, monks, craftsmen, artisans and farmers.

From Newton to Archimedes, Pascal to Boyle, Lamarck to Leeuwenhoek, Darwin to Galileo, Faraday to Mendel, Einstein to Avogadro, and even to Watson, Crick and Franklin, these people made their marks in Science because they did not ignore what was going on in other scientific fields other than theirs, and influencing public opinions and beliefs by providing lasting benefits of their findings to the society.

Even philosophers are some of the early known protagonist of Science. In fact, science is so linked with individuals like Socrates and Aristotle that it was actually referred to “philosophy of nature”, and today, natural philosophy is still being referred to in some quarters as natural science.

Before Science became eventually synonymous with scientific methods of studying the natural world and got divided into distinct fields such as physics, chemistry and biology, past scientists were involved in everything as they sought to understand and provide knowledge about natural phenomenon around them.

It was a selfless endeavour, and their collective action paved way for the eventual separation of Science into its distinct fields and specializations. However, science is still being referred to as reliable and teachable knowledge about any topic.

Now, are you a Scientist? Does your specialised discipline has any worth to the society or add any value to it? Do you think your professional field provide any benefit to the public? What are the valuable significances to be learned from your experience and knowledge of your science? What are the applications and implications of the various aspects of your field? Are there controversial areas and matters present therein you want to share and discuss? Are there knotty issues which you have questions and/or answer to?

All these questions and many more are the reasons for the creation of this platform for scientists called My Science Worth. Help develop and expand the world by using your science to contribute an important quota to the world. Make a difference by sharing useful, usable information and letting us into the rich knowledge base of your field of study and profession.

Welcome to My Science Worth!