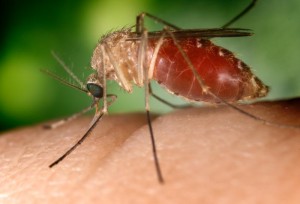 Mosquitoes are mainly known in Nigeria to be associated with malaria. The miniature, winged insect is the vector or carrier for Plasmodium, the causative parasite of malaria fever. This is also the reality in most tropical and subtropical regions of the world where malaria is either pandemic or epidemic. At the recently concluded World Malaria Day observed on 25th of April at the University College Hospital, Ibadan, the deadliness of malaria was again brought to fore, and various speakers at the occasion laid emphasis on how to eliminate the disease and put an end to its reign of death, especially in children and pregnant women. Feelers out there were like if mosquitoes could be overcome, then it’s bye to malaria.

However, the obvious truth in the country is that most people don’t know that mosquitoes transmit more than the malaria parasite. Initially, countries which are malaria-free are known to be occasionally and periodically ravaged by other mosquito-borne disease-causing agents.However, researches have shown that even in malaria-infested areas like Africa, the incidences of other mosquito-borne disease are on the rise. Now with mosquitoes having found other disease-causing agents to transmit, we have to deal with diseases caused by agents like viruses, as if the scourge of malaria is not enough.

I once had this ridiculous notion that mosquitoes are calculatedly avoiding transmitting Plasmodium due to the incessant activities of humans to eradicate them because of malaria. So, they switched sides, preferentially transmitting other causative agents of diseases like viruses. Of course, I know that theory was ludicrous when I made; the only thing a mosquito is after, especially the female one who is always doing the biting (males don’t suck blood!), is to take a meal of blood from warm-blooded animals and use the warmness and proteins as materials for egg production.

You have to give thumbs up for these tiny creature anyway, because they don’t actually need the blood taken to feed themselves (mosquitoes feed mainly on glucose gotten from nectars and plant juices), but to take care of their eggs. And some of these females die trying while the males wouldn’t take the risk!

I was recently with a colleague of mine who is trying to isolate some viruses from mosquitoes (over 1000!), and she was trying to sort them out into various species and types (genus). When observing her working, I couldn’t help but wonder how life would be fun if all mosquitoes suddenly disappear. I know that is impossible, and I know my colleagues presently carrying out researches on mosquitoes would not even tolerate that idea. Besides, according to Professor O.G. Ademowo, a researcher on malaria at the Institute of Advanced Medical Research and Training, College of Medicine, University of Ibadan, that is not about to happen at all, especially when even most developed countries have failed in doing just that. They are just too many and the factors supporting their growth and proliferation are just too numerous.

There are different types/species of mosquitoes under various genera (about 41) around the world. In Nigeria and Africa, the major ones include Culex, Aedes and Anopheles. Between these three large groups, there exists different species common to different parts of the world. Female Anopheles mosquitoes are the ones associated with the spread of malaria. Aedes and Culex are notorious for transmitting some group of viruses called arboviruses (arthropod-borne viruses). These viruses are generally transmitted by arthropods such as mosquitoes, mites, ticks, sand-flies and other haematophagous (blood-sucking) insects which can feed indiscriminately on animals.

All viruses mentioned above are notably present in Africa, with some having long been isolated in Nigeria, while some are recently been discovered. They will be discussed individually in series in subsequent weeks, together with other viruses which have not been found to be in Africa, but whose circulation might be enhance by various factors including environmental and economical factors.

Conclusively, while some groups of mosquitoes are strictly associated with some specific infectious agents, researches have shown that other mosquitoes can be employed in the quest to disseminate the diseases. Though there hasn’t been any report indicating this change of vectors in Anopheles and malaria, there are already numerous publications indicating that arboviruses are capable of employing Anopheles, Culex or Aedes as vehicles in propagating their gospel of infections.