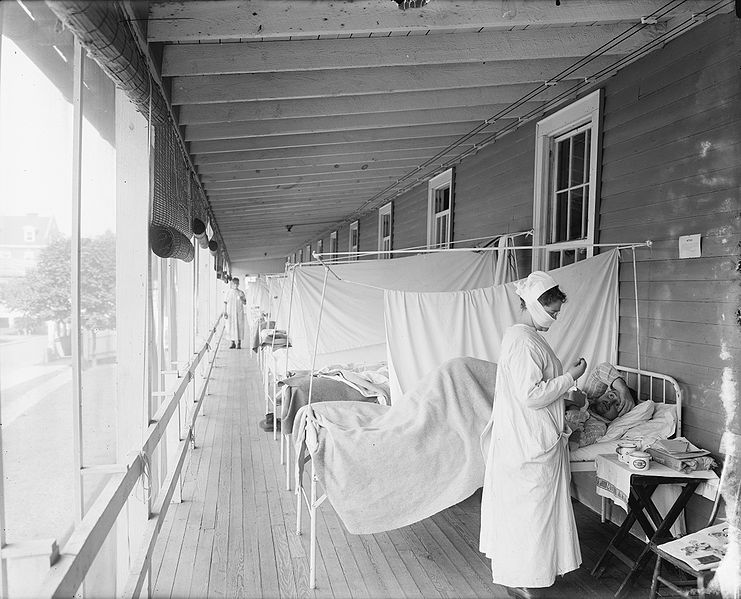 There have been indications that influenza A virus can now be used as a bioterrorism agents, according to a seminar delivered by Phil Okonjo at the Department of Virology, University of Ibadan, Nigeria. During the presentation on the topic “Potential use of Influenza Virus in Bioterrorism”, she showed that a particular strain of ‘flu’ virus can be used to devastating effects if modifications are done to it.

As defined by CDC in 2008, a bioterrorism attack is the deliberate release of viruses, bacteria, toxins or other harmful agents intended to cause illness or death in people, animals, or plants. Okonjo emphasised that there has been historical antecedents for the use of bioterrorism agents in human history.

Examples include the Assyrians poisoning their enemy’s well with rye ergot in 6th Century BC;  the French and Indian War in 1763 where smallpox virus was employed; the German and Japanese program of using anthrax in World War I and II respectively, and; the recent infamous anthrax letter attack on the US in 2001.

To be characterised as an effective bioterrorism agent, the agent must have the following properties:

Influenza virus is a well known virus, having caused great disaster in human history, especially the well-known Spanish Flu of 1918. According to the presenter, examples of influenza A virus types with global threat capacity include H1N1, H5N1 and H7N5.The unique properties which make influenza A virus highly usable as a bioterrorism agent include:

Recent genetic modifications of the highly pathogenic avian influenza virus H5N1 increased interests in threats posed by biological agents. This pathotype of influenza, according to the presenter, is the most ideal because the virus is widespread among millions of birds and farm poultry globally and the wild birds carrying the virus are difficult to detect because very few become ill.

There is also a documented high mortality rate in infected. As reported by WHO, though the first infected H5N1 human case occurred in 1997 in Hong Kong, China, of June 2012, 606 human cases have been reported with 357 of them resulting in death. Also,the first case in Nigeria has been reported in a  22 year old female in 2007.

The most common clinical symptoms of the infection are fever and cough, which in some patients progresses rapidly to severe viral pneumonia with shortness of breath, difficulty breathing, and hypoxia. Frequent complications include respiratory failure, Acute Respiratory Distress Syndrome (ARDS), multi-organ failure, and death.

Similar to all influenza transmission, H5N1 is usually transmitted by direct contact and by aerosol. In some studies, it has been aerosolized and shown to retain infectivity in laboratory experiments.The incubation period ranges from 2 to 8 days and possibly as long as 17 days.

According to the presenter, the global threat of the use of influenza in bioterrorism reached a new height in 2012 when two teams of scientists, led by Ron Fouchier of Erasmus Medical Center in Rotterdam, the Netherlands, and Yoshihiro Kawaoka of the University of Wisconsin-Madison, created mutant strains of H5N1. These laboratory strains were shown to establish transmission among mammals.

This was reported in some media outlets, “In a paper submitted to Science, Ron Fouchier’s team at Erasmus Medical Center in Rotterdam, the Netherlands, found that just five mutations allowed avian H5N1 to spread easily among ferrets, which are a good proxy for how flu behaves in other mammals, including humans.Yoshihiro Kawaoka of the University of Wisconsin-Madison and his colleagues have submitted similar work to Nature, which is partially described in an online Comment published this week.”

The inferences from these studies were that if transmission could be established among ferrets, then it’s possible to establish human-human transmission. According to Okonjo, these studies have been controversial because they offer what some see as a recipe for disaster, in that they increase the risk of accidental or intentional release of a deadly human pathogen.

However, despite these grim outlooks, the major barrier to H5NI capacity in causing global pandemic is its inability to establish human-human transmission. The presenter also pointed out that some limitations of Influenza virus being used as an agent of bioterrorism include:

She also proffered some measures to prevent and control bioterrorism emergencies. These are listed below.