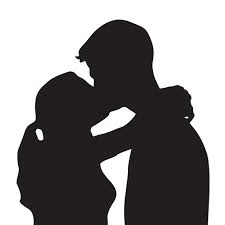 Kissing has never been more dangerous when it comes to this infection. Caused by Human Herpesvirus 4 (HHV-4), (which is also known as Epstein-Barr virus (EBV) named after its discoverers), the disease has notoriously been termed kissing disease because of its transmission which is greatly enhanced during kissing. It is a disease more common among youths, especially between the age of 15 and 26 years, and it is called mononucleosis because of the increase number of mononuclear leukocytes in their blood during the infection.

Alternatively called ‘mono’, the causative virus has been repeatedly detected in saliva and throat washing of infected individuals indicating that the virus is been excreted for a prolonged period after infection and then either continuously or intermittently in most seropositive individuals. It is therefore assumed that primary infection occurs by the oral route, by close contact with a virus excreting individual.

Childhood infection probably occurs through salivary contact with family members or other children, whereas the peak of seroconversion in late adolescence, which coincides with the age at which new social contacts are often made, is likely to occur during kissing. What’s more? Most infections are asymptomatic, making detection of infected person almost impossible.

Isolation from the uterine cervix of some infectious mononucleosis patients and normal seropositive women and from semen from healthy males also suggests that sexual intercourse is a possible route of spread. It can also be acquired by transfusion of fresh blood or organ transplantation.

Infectious mononucleosis is a self-limiting illness, and its complications, though present, are rare. They include:

So lovers, how can you be sure your partner is not infected before kissing? I would say pretty difficult. Aside the general symptoms stated above, the more specific ones observed in reported clinical cases include fatigue, fever, rash, and swelling of lymph nodes, the spleen, and, in some patients, the liver, for long periods of time. Some have also reported formation of whitish coat on the tonsil and a temporary swelling of the two upper eyelids.

As there is no specific treatment for mono, general supportive treatments are provided to relieve the symptoms of sour throats, fever and fatigue. Rest, take pain relievers, avoid carrying heavy loads, stay away from contact sport, and all will be well. Except if there is complications…

Please avoid kissing kids and save them from being infected. They are innocent, you know.