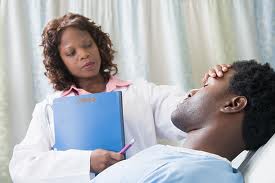 Fever is encountered or experienced frequently by healthcare professionals and laypersons alike. Its meaning is assumed to be clear and universally understood, when in actuality the interpretation is often uniquely personal. According to a study in 1997, ‘after over a millennium of clinical investigation, there is not even a generally accepted [clinical] definition of fever’.

Similarly, the definition of fever within the nursing and medical literature varies widely. In numerous articles, it is defined or operationalized as simply an elevation of body temperature. The level of temperature elevation warranting the diagnosis of ‘fever’ also varies widely within that literature.

As early as the sixth century BC, fever was noted to be a cardinal sign of disease, as Akkadian cuneiform descriptions used a flaming brazier to symbolize both fever and the localized heat that occurs with inflammation. In the era of Hippocrates, fever was explained within the doctrine of the four humors: blood, phlegm, black bile, and yellow bile. Yellow bile was associated with the element of fire, and thus fever was considered to be caused by an excess of yellow bile. Fever was thought, at that time, to be a beneficial sign during infection, because the increased heat or ‘fire’ caused by the excess of yellow bile would cook the infection out of the patient.

The humoral concept of fever was the mainstay of clinical practice until the 17th century, when Harvey discovered that blood circulated through the body. Subsequently, the belief that fever was beneficial changed dramatically, and physicians thought that fever was produced in body fluids as a result of fermentation and putrefaction or because of friction from increased flow of blood.

Fever was then considered to be synonymous with infectious disease as, until the mid-19th century, most of these diseases were grouped under the generic term of ‘fever’. Because patients with fevers were considered to be associated with disease and often death, they were frequently isolated in order to protect the community. As a result, fever came to be feared, and thus warranted intervention. With the discovery of antipyretic drugs in the late 19th century, practitioners began to advocate their use to treat fever. This practice continues today, despite new understanding about the intricacies and benefits of the febrile process. Fever is currently treated as ‘the origin of, rather than the response to, an illness’.

A growing body of research in immunology and neuro-physiology has led to the recent understanding that fever is generally an adaptive physiological response to some threat. This notion goes against the thinking of the last two centuries that fever was a sinister sign and required intervention to lower or control it. Unfortunately, this information has not always been translated to bedside practitioners caring for febrile patients today.

The lack of clarity of the concept of fever is evident in three recent descriptive, exploratory studies. In each of these, one conducted in the United States of America (USA), one in Sweden, and one in Australia, the authors found lack of consistency in the ways nurses describe who has a fever and when patients with fevers should be treated. Some researchers have concluded that, because nurses describe febrile patients in very different terms, misunderstandings result. They recommended the identification and subsequent use of clarified language for use in nursing documentation.

In this analysis carried out to critically examine the concept of fever by analysing the current state of the science literature in order to develop an accurate conception of this commonly-encountered phenomenon in nursing, many findings were made which include the social concept of fever.

The concept of fever is most often used in healthcare contexts by patients, their families, nurses, and physicians. They are concerned with the following questions: when is an elevated temperature truly a fever, what are the antecedents to and consequences of the fever, and when and how should fever be treated? The social contexts of health-seeking behaviour, patient/ family intervention, nursing intervention, medical intervention, the nurse–patient dyad, nurse– provider (nurse practitioner or physician) dyad, and the patient–provider–nurse triad are all complexities that must be considered when making decisions about fever management practices. The evolving notion of fever as an adaptive process makes the process of delineating the concept even more critical. This is because current care practices have not kept up with the latest research findings.

With the advent of molecular biology and advanced laboratory techniques, basic scientists have greatly expanded our knowledge of the febrile response. Interest in the febrile response as an important and adaptive host defence began over 30 years ago. This identifies that the acutephase response, which includes fever, results in increased and improved immune system activity against the initial threat to the immune system. These adaptations include increased neutrophil migration, increased secretion of inter-leukin-1, proliferation of tlymphocytes, increased production of interferon, hypoferremia, and an increased secretion of chemicals that are antibacterial, antitumour, and/or antiviral in nature  If these findings are clinically validated, then use of routine interventions designed to reduce the temperature associated with fever may be unwarranted.

Additional evidence for fever as an adaptive process comes from several studies conducted with patients having a diagnosis of sepsis. Some researchers found that patients with bacteraemia or fungaemia who were able to mount a febrile response had a higher survival rate than those who were not. The ability of a patient with sepsis to react to this significant immune insult with a febrile response has been associated with a survival rate nearly double that in comparison with hypothermic patients. Animal models have repeatedly shown that fever is an important feature of the acute phase response, and is associated with improved survival and shortened duration of illness.

In one such study, the researcher induced bacterial peritonitis in mice and found that those with febrile core temperatures had decreased bacterial load and improved survival in comparison with normothermic controls.

Further possible support for the notion of fever as an adaptive process has been gained from studies examining the response of infected patients treated with antipyretics. A resercher found that patients treated with aspirin, acetaminophen, and ibuprofen during infection with rhino-virus had an extended period of viral shedding. Another resercher found that children with chicken pox given acetaminophen have a significantly longer time to total crusting of their lesions than those treated with a placebo. These two studies, while not demonstrating a firm causal link between non-treatment of fever and improved clinical outcome, do provide additional support for the theory that fever is beneficial to patients.

Another finding is the underlying anxiety. There are several issues that may cause underlying anxiety to patients, families, and healthcare providers in examining the social context of the concept of fever, some of which have been touched on briefly above. These include discussion of the adaptive vs. deleterious nature of fever. Is it truly deleterious in some instances? Clearly, in certain cases there may be a high metabolic toll related to an abnormally high fever that may worsen outcome. This includes older people, neonates, head-injured patients with elevated intracranial pressure, children with a history of febrile seizures, those with severe burns, those with neoplastic disease, those with cardiovascular compromise, and the immunocompromised, but these cases are relatively few. These patients have conditions that necessitate early intervention for fever. People who experience discomfort associated with fever may benefit from intervention, but the interventions should be individualized to meet the comfort needs of the patient.

The other anxiety associated with the social context is the perceived need to intervene, to be ‘doing something’ to treat the fever. This pressure may be exerted by physicians or nurses, or by patients or families. The litigious climate of health care today may raise the level of caregiver anxiety in regard to this concept. Education on the clarified concept of fever for medical and nursing staff as well as patients and families is clearly indicated in order that inappropriate intervention, such as routine use of antipyretics, is avoided.

In conclusion, this analysis of the concept of fever will allow for consistent usage in healthcare research on this topic, leading to more substantive and meaningful results. This, in turn, should lead to improved and evidence-based care for patients, and to fever management practices consistent with current research. It is important to use clear language about fever and hyperthermia in discussions and documentation between nurses and among disciplines. By creating clarity in our language, we may help to achieve praxis.