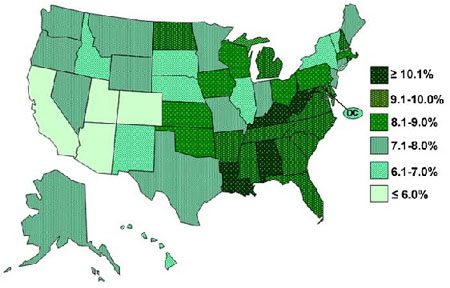 Over much of epidemiology early history, epidemiologists concentrated almost entirely upon human infectious diseases. The London Epidemiological Society—the first professional organisation devoted to the subject—was founded in 1850, specifically to concentrate upon epidemic diseases, and counted Snow among its members. Population studies at that time by Snow on cholera and by others, such as Peter Panum on measles, were able to infer not only the existence but also many of the properties of disease-causing microbes, before they were discovered. Subsequent studies by Louis Pasteur, Robert Koch, and their disciples—and by the virologists of later generations—confirmed these inferences, and identified the causal agents. The arguments for causality were relatively simple, and built around the postulates of Jacob Henle and Koch: isolation from cases, pure culture, and production of disease on inoculation. Much of the epidemiological work on these diseases thus focused on measuring burden, describing patterns, and attempting to understand the transmission dynamics of infectious agents.

The importance of epidemiology as a discipline was recognised with the creation of chairs and academic departments, first in postgraduate schools of public health at the Johns Hopkins School of Hygiene and Public Health in Baltimore, MD, USA, and at the UK’s London School of Hygiene and Tropical Medicine, in the 1920s. Most of the work undertaken in these departments, well into the 20th century, concentrated upon infections. This is exemplified in textbooks of the era, such as Major Greenwood’s Epidemics and Crowd Diseases: an Introduction to the Study of Epidemiology published in 1935. This book included lengthy descriptions of typhoid, cholera, typhus, measles, diphtheria, scarlet fever, smallpox, tuberculosis, “venereal diseases”, influenza, and plague, but made only limited reference to nutritional, occupational, and psychological causes of ill health or to cancer, and devoted but a single sentence to cardiovascular disease.

Immense changes occurred during the second half of the 20th century. There was a shift of emphasis to non-communicable diseases, which reflected the decline of many infections and an increase in heart disease and cancer in many countries. This meant a move towards trying to understand conditions that did not necessarily have a single cause, and for which Koch’s postulates were inappropriate. In addition, after the UK Medical Research Council’s randomised controlled trial (RCT) of streptomycin for tuberculosis, there was a rapid growth in the use of RCTs to evaluate the effectiveness of a range of interventions. By the 1960s, academic epidemiology had systematised approaches to unravel the aetiologies of many sorts of conditions and to evaluate interventions either through case-control or cohort designs, or through trials. A constellation of criteria for the inference of causality was developed, and a hierarchy of evidence came to be generally accepted, with greatest credence given to the RCT. Since then, much of the progress in the discipline has been in the variety of its applications and the complexity of its analytic methods. There have been notable successes in revealing the causes of certain major common diseases (e.g., smoking for lung cancer and cholesterol, blood pressure, and smoking for heart disease) and in demonstrating the effectiveness, and risks, of many interventions, notably vaccines and drugs, which have in turn guided public health policies the world over.

It has not all been smooth sailing. The identification and attribution of causal determinants has raised philosophical as well as practical problems, especially when it comes to teasing out the inter-relations between multiple determinants that are themselves correlated, or difficult to measure.  The findings from some observational studies were accepted too uncritically. For example, early reports that use of hormone-replacement therapy prevented heart disease and prolonged life were later refuted by randomised trials. An awareness of problems associated with reviews that did not include the totality of the evidence led to the advent of meta-analyses, which have been important for systematic reviews on a wide range of topics. However, some systematic reviews, such as on screening for breast cancer, have been challenged. Epidemiologists have thus dug deeper, and studied the discipline itself by investigating the prevalence of primary outcome switching or factors associated with publication bias, deploying cohort and case-control studies on academic publications as readily as they would on people. There are now several widely used conventions for promoting study rigour and grading evidence, such as Consolidated Standards of Reporting Trials (CONSORT), Preferred Reporting Items for Systematic Reviews and Meta-Analyses (PRISMA), and Grading of Recommendations Assessment, Development and Evaluation (GRADE), and widespread recognition of the need for open declaration of conflicts of interest. Although still not foolproof, all these steps are part of the continuous effort to improve the self-correcting nature of science as an institution.

The shift in emphasis towards the logic of problem-solving has made epidemiology increasingly relevant and important, far beyond its original home territory. Although much of the early epidemiological literature dealt with human disease, its methods are now applied to a range of species, and not only to disease in the conventional sense of that word. The links between physical and mental illness, and social pathology, are still being elucidated, and the language and tools of epidemiology have been used increasingly in the social sciences. This is particularly clear in the field of criminology, which focuses upon risk factors for being either a victim or a perpetrator of crime, and in which “clinical” trial methods are being applied to evaluate different interventions at both the individual sentencing and community levels. Similar methods are being used to assess teaching in an effort to determine education policy less on the basis of politics and more on evidence. The complexity and controversial nature of economic and development policies have led to increasing application of cluster or individually randomised controlled trials in assessments of financial and development interventions, including microfinance, crop failure insurance, and business training. Infectious disease concepts have been used to understand the failures of financial systems. There are calls for formal evaluation of public policies in general, with epidemiological approaches making a major contribution. The No Child Left Behind Act in the USA specifically supports the use of randomised controlled trials in education, and a recent Cabinet Office paper discusses how the same methods could be applied more broadly in the UK, describing recent policy RCTs of expensive “back to work” interventions and simple comparisons of different forms of tax reminder letter.

Much of epidemiology concerns the evaluation of absolute and relative risks of particular outcomes associated with, or attributable to, various factors. The fact that the methods for making such inferences were developed so thoroughly in the context of research on human diseases may reflect the special importance placed on human health by society and by the agencies that fund scientific research. The acceptance of intervention studies might have been facilitated by the proximity of medicine to the experimental biological sciences. Whatever the course of their development, it is to our advantage that these methods be applied as broadly as possible to a wide range of societal, as well as individual, human ills. If one wants to know what makes Olympic champions, or suicide bombers, or whether a restorative justice regimen reduces recidivism, the basic logic and methods are effectively the same as those used to determine why certain people develop arthritis, and to assess how best to treat them. The differences lie in the nature, collection, and validation of the data on appropriate relevant variables.