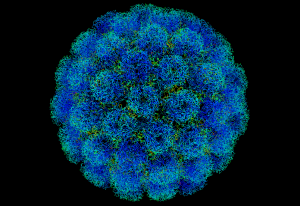 Recently, I started an intellectual argument among my postgraduate colleagues in school about the above topic, and as usual, I got bombarded by tons of theories and submissions which led to more understanding and eye-opening, and of course more question, about the subject matter.

Normal human microbiota, or microflora as known in recent past, are microorganisms found on the human skin and the mucous membranes of healthy normal humans. These mucous membranes include those of the mouth, respiratory tract, intestinal tract, urethra, vagina, and conjunctiva.

On the skin surface and surfaces of these mucous membranes are microorganisms which are resident there. Some of them are permanently living there, and they would reestablish themselves after any disturbance; others are only there transiently, are derived from the environment, and do not establish themselves permanently on these surfaces. Disturbance of resident biota can however lead to colonization of body surfaces by transient ones, leading to infection.

It has been known for long that the normal microbiota or microflora perform different favorable roles for their hosts in a sort of ‘mutualistic’ arrangement in which both parties benefit form each other. They are known to prevent colonization from external pathogens; synthesis of vitamins K; aiding nutrient absorption and many more.

Among these many roles, perhaps the best recognized one is their prevention of colonization of body surfaces by external microorganisms that may be pathogenic. This is where the dissent started. A group of my colleagues believed that these organisms are nothing but commensals, having no advantageous plan whatsoever for their hosts, but benefiting copiously from their host.

They argued that any positive effect at all is perceived and not real. They backed their claims by saying that it is actually the immune system keeping them in check and that these supposedly ‘symbionts’ would cause diseases whenever the immune system is down.

The other group opposed this stance, claiming that the moment a baby is out of the womb, association with these ‘beneficial’ microbiota starts. In fact, they are so valuable to the host that the immune system duly recognized them as ‘self’ as against the recognition of external microorganism as ‘non-self’, they submitted; this is why they could ‘willingly’ synthesize vitamin K for the host and help the host in digestion and absorption. This, to this group, is the ultimate symbiotic relationship.

However, the discussion took back footed when I threw in viruses as a potential microbiota. Viruses, unlike bacteria, are intracellular microorganisms, that is, they do not ‘live’ outside the cell like bacteria or fungi, but inside the cell of a living host. The definition of viruses as “…submicroscopic, intracellular and obligate parasite” seems to have forgo any argument about whether they are of any benefit to their host.

Yet, some proposed that the fact that they can undergo latency stage in their host can be a beneficial thing to the host. In what way? Someone said that by integrating its genome into that of the host, a virus can inevitably prevent subsequent infection by another virus. The proposed theory stalled here because we actually knew that one of the reason influenza virus is dreaded is due to the possibility of ‘re-assortment’ of genes of two or more different strains of the virus if they infect the same cell.

Also, there are some viruses with what is known as multipartite genomes (for example the family Bunyaviridae) whose segmented genomes are packed into separate viral particles, and infection would occur if these particles infect same cell.

Nonetheless, the proposed theory still forged on with some claiming that some latent viruses are part and parcel of every human genome like Herpesvirus, and that some people would never have the associated disease in their lifetimes. This submission was thrown out when someone reminded us that the diseased state could be activated by stress or other physiological conditions.

And so the argument continued with no form of solid evidence to either include viruses as normal microbiota or not. Claims that they offer their host nothing beneficial only sparked the rested argument about the perceived advantage of normal microbiota. Someone even audaciously put it forward that viruses are not microorganism as they don’t have any characteristic of living organisms, and hence they cannot be classified as microbiota. I argued back that since their replication could be viewed as a form of reproduction and that they have nuclei material.

The debate went on and on until we found something else to argue about. But really, can viruses be part of the normal human microbiota? Can they live on mucosal surfaces or extracellularly? Or does the scientific community need to reconsider the definition of normal microbiota to include these parasitic particles, as opposed to calling them microorganism?

So what do you think? Can viruses really be part of the normal human microbiota?